This Is How: ‘Smooch, Hooch, and Boogie’ by Brian F. Henry of Evermark Studios 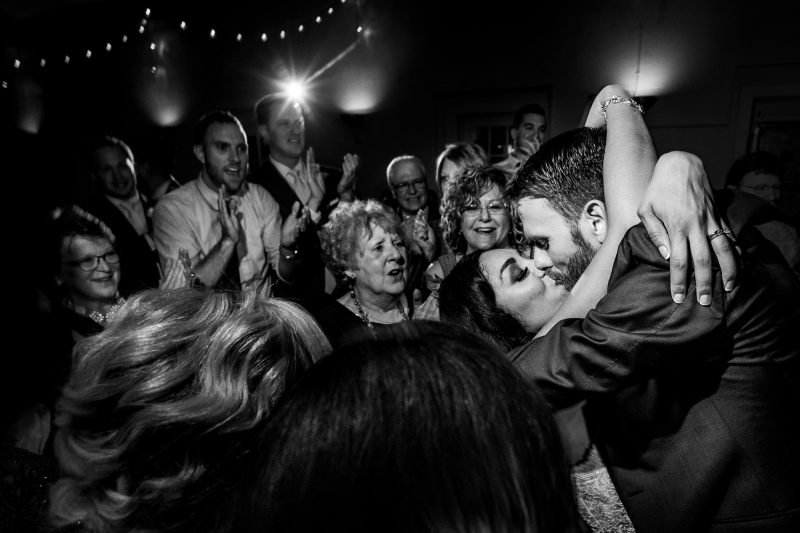 Our ‘This is How…’ series is an absolute treasure-trove of advice, tips and just brilliantly insightful documentary wedding photography goodness, and today’s piece by the US-based TiR member Brian F. Henry is no exception. Brian takes us behind the scenes of this brilliant capture, with great tips on capturing the ‘Redovy’ (also known as the ‘money dance’), flash technique, really interesting thoughts on the importance of capturing traditions, why getting ‘in amongst it’ is so vital, and more…

As the bride finished dancing with her mother, wedding guests began forming a tight circle around her. The intention was to keep the groom from breaking in to get her. I was not just photographing a moment, I was becoming a part of it. It was like I was lifted from my feet and had become a part of this human wall that was forming around her. I had nowhere to go. The crowd became so tight, I had to keep my arms up in the air over everybody’s heads if I had any hope of making a photograph. A camera in my right hand and a flash in the left, I swayed back and forth with the crowd as if I was caught in an ocean’s current. After several failed attempts by the groom, he eventually broke through the barrier of people and got ahold of his partner. The pressure let off and the guests applauded as the happy couple embraced in what was a sure victory for the groom.

I’m a sucker for tradition. Especially this one. The redovy, money dance, or apron dance is a tradition that is said to have originated in Poland in the early 1900s. However, many cultures have their own version of it. From my experience, it’s a time in the evening when wedding guests line up for their chance to dance with the bride. Before doing so, they drop a dollar bill into an apron that is usually worn by one of the bridesmaids. When it’s their turn, they spin the bride around a few times then exit the dance floor, but not before taking a shot of either whiskey or peach schnapps. To the rhythm of a polka song, the guests who already took a turn, form a circle around the bride, dancing around her while waving napkins into the air. The last person to dance with the bride is typically her mother or father. As the last dance takes place, the circle starts moving in towards the center where the bride is, creating a barrier of people between the bride and groom. Sometimes going over shoulders or in between legs, the groom does whatever he has to do to reach the bride. Traditionally, the groom then carries his bride outside, indicating the end of the wedding festivities.

Coming from a rather large family in Western Pennsylvania, this tradition was a staple at all of our family weddings. As a young child, I remember watching my family have so much fun with this part of the reception. As I got older, I realized what all of the fuss was about. If I had my way, I’d make it mandatory for every wedding to have a similar event. As a photographer, it offers so many opportunities to create fun, energy-packed photographs. As a documentary storyteller, I feel that it is my duty to visually document traditions like these, so that they not only live on in verbal accounts, but tangible, historical photographs as well.

Technically speaking, I shot this photo while standing on the tips of my toes, barely able to see through the viewfinder of my camera, but certainly just enough to focus and compose the frame as needed. For a light source, I had a speed light in my left hand attached to my camera by a cord. I aimed it right over the heads of those in front of me, illuminating the couple and the scene around them. When it comes to photographing receptions, I try to stay in the mix, so that I can create a sense of what it was like to be a guest at the wedding. There were many frames made both before and after this particular one. I think they work well together as a sequence, however this particular one is just as strong on it’s own. 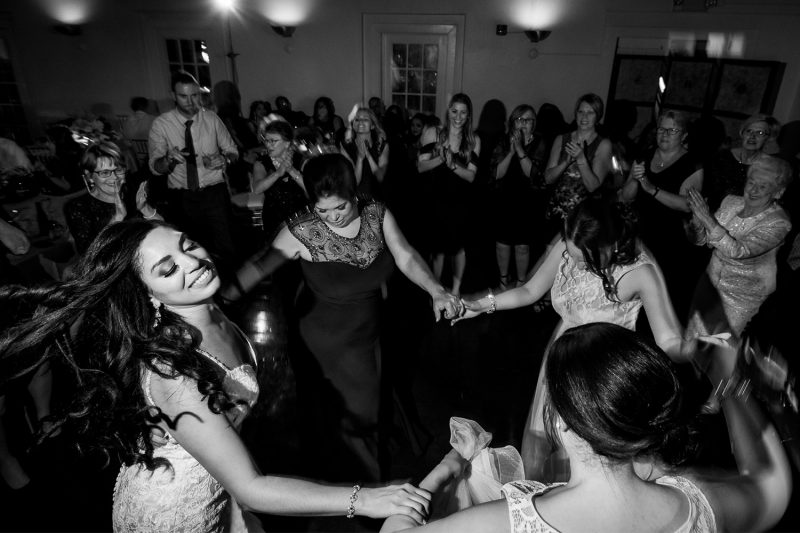 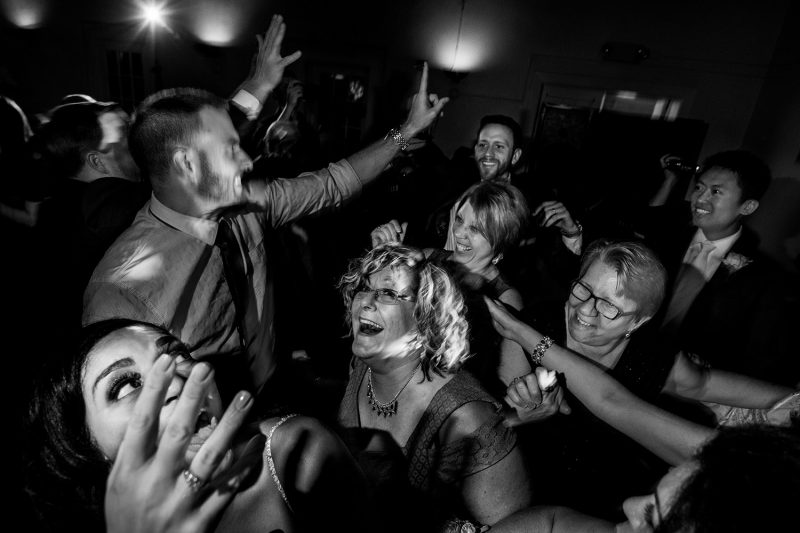 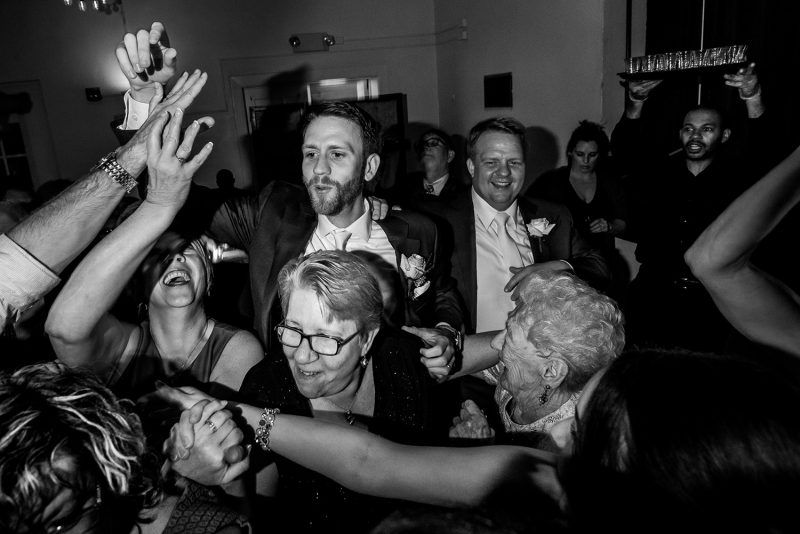 You can view more from this wedding at: https://www.evermarkstudios.com/mellon-park-edgewood-club-pittsburgh/

To see more of Brian’s work, you can visit his website, or view his profile here on This is Reportage.

If you found this piece interesting, we have lots of other ‘This is How…’ posts by our This is Reportage members on the site.