This Is How: ‘Simply The Best’ by Louisa Parsons 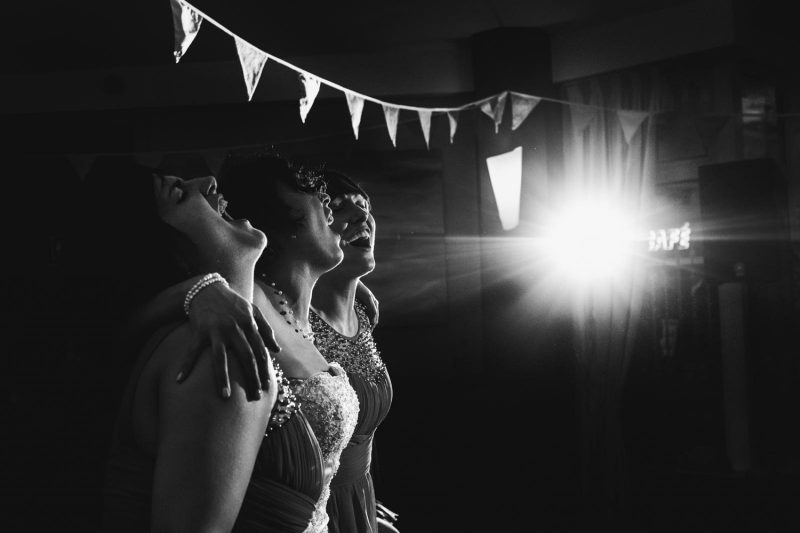 In the twenty-second of our regular series of reportage wedding photography tips we’re thrilled to have the very talented Louisa Parsons on the site today, taking us behind the scenes of this fantastic partying capture! Louisa goes in-depth on her flash setup here, which is extremely interesting, and she also shares insights into her editing, handling pressure, and how she got into this fantastic career we call wedding photography! Thanks Louisa!

I took this image at Pene and Gareth’s wedding, in May 2017, at The Sandbanks Hotel in Dorset. I was very excited and honoured to be capturing their Big Day. It was photographing their newborn daughter (five years previously) that eventually made me take the gigantic leap into pursuing photography as a career. For that, I am truly grateful to them as it was the best decision I’ve ever made!

Unfortunately, there was some major building work taking place at the hotel that they had originally chosen. The work was due to commence a few days before their wedding day which meant that the couple had to change venues at very late notice. Being the couple that they are, they took it all in their stride but I know that at the time it was a huge disappointment to them and caused large amounts of stress. Thankfully, their wedding day went perfectly; fun and laughter was had by all. It is this image in particular that makes my heart swell, knowing that Pene and Gareth’s wedding came together despite the difficulties they had encountered leading up to it.

I took this picture during the evening do and it became one of my favourites from 2017. After the speeches I set up two unmodified speed lights on flash stands and placed them either side of the dance floor ready for the couple’s first dance. I can’t remember the flash power I used, but it was likely 1/32 or 1/64 power on both of them, with the flashes zoomed in, to minimise light spill; they were then wirelessly triggered with Pocket Wizards. Both flashes were pointed directly towards the dance floor and I composed the shot so that the couple were back lit.  I love to create those dark and striking shadows for the first dance which you achieve with this lighting set up. After the first dance I decided to keep the lighting as it was for a while and I continued to capture moments on the dance floor. I really enjoy photographing the evening do at weddings; in fact it’s my favourite part of the day to shoot. The guests have pretty much forgotten that I am there; they really start to let their hair down and enjoy themselves.  Working in low light situations; such as wedding receptions can be tricky and people are moving quickly when they dance – moments between guests happen in a blink of an eye so you never really know what you are going to walk away with, the pressure is seriously on (and for some bizarre and twisted reason I seriously dig that!)

Pene and Gareth had decided to create a playlist for their evening reception rather than having a DJ. The guest in charge of the music put on Tina Turner’s ‘Simply The Best’ and Pene was immediately joined by two of her bridesmaids, Jayne and Lucy.  I took an array of shots– this one being my favourite. The photo was taken on a Canon 5d Mark iii with the 35mm Sigma 1.4 lens.  My settings were f4.5, 1/200s and ISO 1000.

In post production I straightened the image and cropped it slightly, putting Pene and her bridesmaids more to the left of the frame, I turned the image black and white and dodged and burned it slightly adding contrast and clarity.  Job done!

You can see more of Louisa’s work on her website, and here on her This is Reportage profile.

If you found this post interesting, there are lots of other ‘This Is How…’ posts by our TiR members over here.